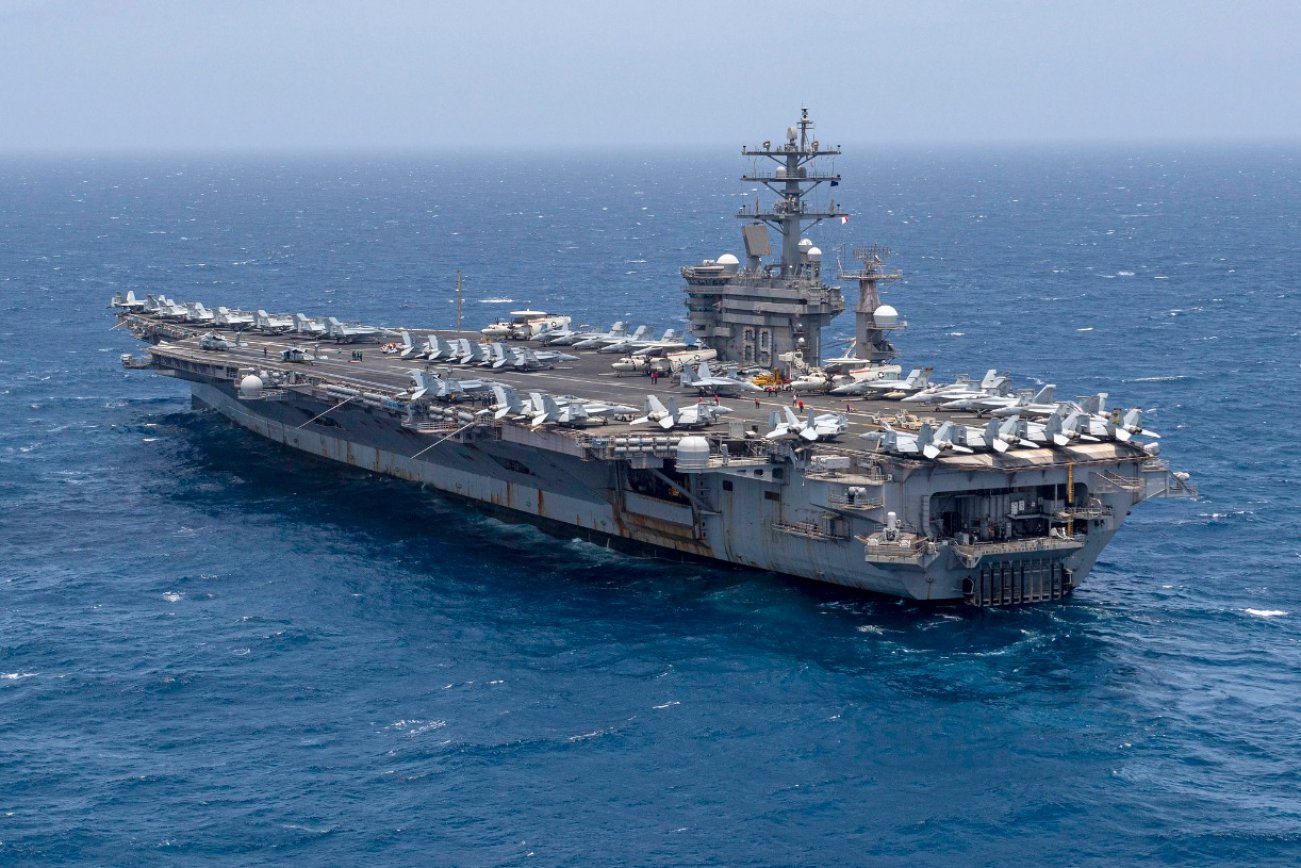 Here’s What You Need To Remember: American overseers will certainly exploit the rudimentary state of North Korean reconnaissance technology. Oceans and seas are big places, the biggest carrier group tiny by contrast. It is no simple task to detect, target and engage maritime forces riding the high seas.

Could North Korea’s armed forces sink an American aircraft carrier? Yes—depending on what type of carrier they confront, how skillfully U.S. Navy commanders employ the flattop and its consorts, how well North Korean warriors know the tactical surroundings and, most crucially, whom fortune favors in combat. Fortune is a fickle ally, prone to switch sides and back again in battle. It’s doubtful an American carrier would fall prey to undersea or aerial attack—but only the foolish say never or always in martial competition, a topsy-turvy affair in which the weak sometimes best the strong.

It could happen, and that warrants forethought.

First, some preliminaries. We know for a fact that the DPRK Navy can sink surface vessels. It did so in 2010, launching a sneak submarine attack on the South Korean corvette ROKS Cheonan. Granted, Cheonan was a single ship operating alone, not the centerpiece of a carrier or amphibious task force ringed with escort ships equipped to hunt and assail submarines. The Cheonan incident nevertheless offers proof, if more is needed, of a timeless truth about undersea combat: even a technologically backward diesel sub running slowly—and thus silently—can approach, strike and sink a modern surface craft crewed by highly professional mariners such as those comprising the ROK Navy. The same could befall the U.S. Navy.

Or take 2006, when a Chinese Type 039 Song-class diesel boat slipped through the defenses of the USS Kitty Hawk carrier strike group, surfacing about five nautical miles from the flattop. While the carrier group wasn’t on guard against submarine attack, navy spokesmen nonetheless voiced concern that the Song’s approach had gone undetected. As well they might: antisubmarine warfare isn’t just a difficult art, but one the U.S. Navy consciously let slip after the Cold War. That’s when the leadership resolved to transform the sea service into a “fundamentally different naval force” that ventured only perfunctory efforts to prepare for high-seas combat. It is playing catch-up in the undersea realm.

It’s amusing when commentators describe this or that submarine as a “stealth submarine.” Presumably that word stealth exudes sex appeal, and generates web traffic. But all subs are stealthy. A nonstealthy sub is wreckage strewn across the seafloor. DPRK skippers have demonstrated they can avoid that fate—and do their job—should they exploit their advantages at a time when circumstances align in their favor. Yes, American carriers are heavily armored and so forth, as carrier proponents like to say, and yes, sinking one would represent no easy feat. That’s a commonplace. But we’ve known for nearly a century that armored ships can be sunk by aerial, surface, or subsurface attack. Indeed, U.S. Navy aviators, battleship gunners and submariners honed antiship warfare to a fine art seventy-five years past, even before precision-guided munitions made their debut. There are no grounds for hubris vis-à-vis the DPRK Navy.

Recommended: How North Korea Could Start a War

Recommended: This Is What Happens if America Nuked North Korea

Second, the DPRK Navy’s prospects depend on the type of carrier force it faces. A carrier strike group centered on a nuclear-powered aircraft carrier (CVN) is a different creature from an amphibious ready group centered on an amphibious carrier (LHD or LHA) such as USS Wasp, currently steaming to its new homeport in Sasebo, Japan. Both CVNs and “amphibs” like Wasp can carry high-tech aircraft such as F-35 joint strike fighters. But the bigger CVN boasts a full-fledged air wing, with lots more fighter/attack aircraft along with associated support aircraft. It’s also outfitted with catapults capable of slinging warplanes into the sky bearing larger fuel loads and weapons complements. LHDs and LHAs displace about half as much as CVNs, they have no catapults, and thus they carry a humbler mix of helicopters and vertical-launch U.S. Marine F-35s featuring shorter range than their U.S. Navy brethren.

An amphibious ready group, then, presents less formidable challenges to North Korean aviators, rocketeers and mariners than does a full-up carrier strike group. In all likelihood, then, U.S. Navy commanders would hold amphibious groups in reserve until the heavy fighting off Korean shores subsided. The “gators” could venture close to shore once air and missile attacks had abated the antiship threat—rendering it manageable for the group’s more modest defenses. In short, how U.S. commanders arrange forces on the nautical chart and sequence operations will help determine whether a carrier suffers assault from North Korean warbirds, surface or subsurface craft, or antiship missiles.

American overseers will certainly exploit the rudimentary state of North Korean reconnaissance technology. Oceans and seas are big places, the biggest carrier group tiny by contrast. It is no simple task to detect, target and engage maritime forces riding the high seas. China’s People’s Liberation Army found this out to its chagrin during the 1995–96 Taiwan Strait crisis, when President Bill Clinton dispatched two carrier groups to the island’s vicinity to deter military action disrupting that year’s presidential elections. Beijing could neither target nor even find U.S. naval forces cruising the Western Pacific, ostensibly a Chinese nautical preserve. There’s little reason to suppose Pyongyang would enjoy better prospects today—unless, say, the DPRK military is a beneficiary of information passed to it by the PLA under the table. China might seek paybacks by proxy for 1995–96.

But third, the strategic canon warns us to expect the perverse in martial competition or strife. Clausewitz counsels that chance and uncertainty help constitute the climate surrounding warfare, and that the wisest military sage can do little more than stack the deck in his favor. He may lose anyway. Edward Luttwak reminds us that while we may conduct our affairs according to rational cost/benefit logic in peacetime, combatants are susceptible to “ironic reversals” in wartime, meaning turnabouts of fortune on the battlefield. They tend to overextend themselves, whether out of ignorance or euphoria, and thereby expose themselves to setbacks or defeat.

James Holmes holds the J. C. Wylie Chair of Maritime Strategy at the Naval War College and is coauthor of Red Star over the Pacific (second edition forthcoming 2018). The views voiced here are his alone. (This first appeared last year.)