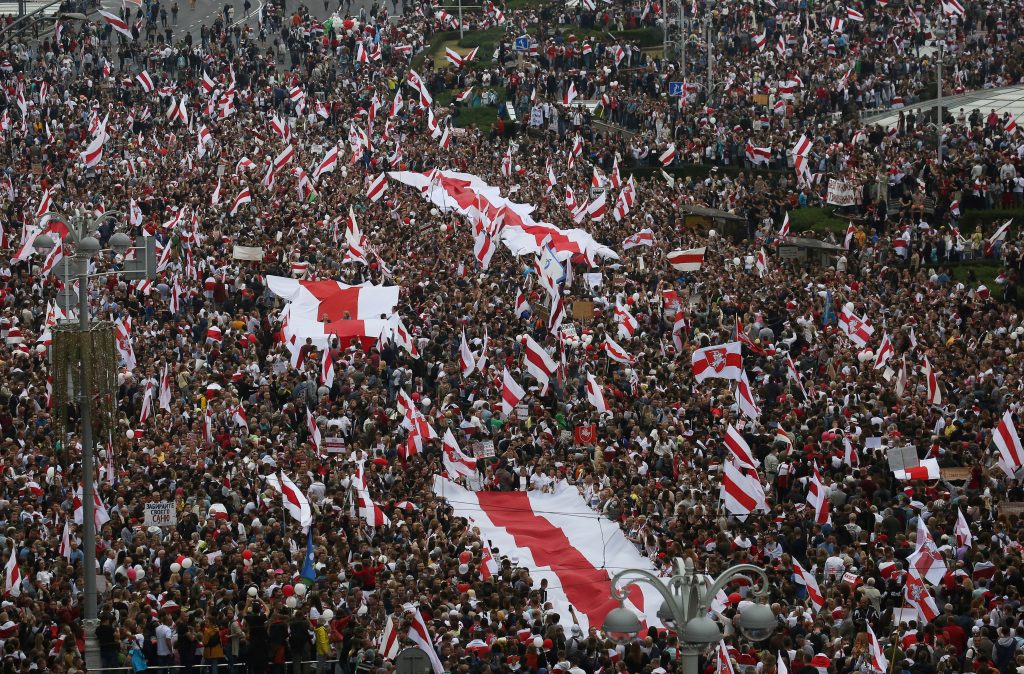 Tens of thousands of anti-government protesters packed the streets of Minsk on Sunday as the army waded into Belarus’ political crisis, warning that it, not the police, would respond to any opposition unrest near the city’s national memorials.

Demonstrations have been held in the capital and other Belarusian towns since Aug. 9, when an election which protesters describe as rigged granted veteran leader Alexander Lukashenko a sixth term in office.

The streets of Minsk turned red and white as a flood of demonstrators carried flags symbolising their opposition to Lukashenko, demanding he quit after 26 years in power and new elections be held, videos showed.

They marched towards a monument that was surrounded by a chain of security service members clad in military uniform, a Reuters witness said.

The defence ministry said it had now taken over responsibility for the protection of such memorials, and that any unrest near them would elicit a response from the army.

Describing the protesters as “fascists” and writing the majority of its statement in capital letters, the defence ministry said the memorials, specifically to victims of the World War Two, were holy sites that must not be desecrated.

“WE CATEGORICALLY WARN: ANY VIOLATION OF PEACE AND ORDER IN SUCH PLACES – YOU WILL HAVE THE ARMY TO DEAL WITH NOW, NOT THE POLICE.”

In a statement the Belarus interior ministry warned that any unsanctioned protests were considered illegal and said 22 people had been arrested the previous day, when smaller-scale protests took place across 55 towns and cities.