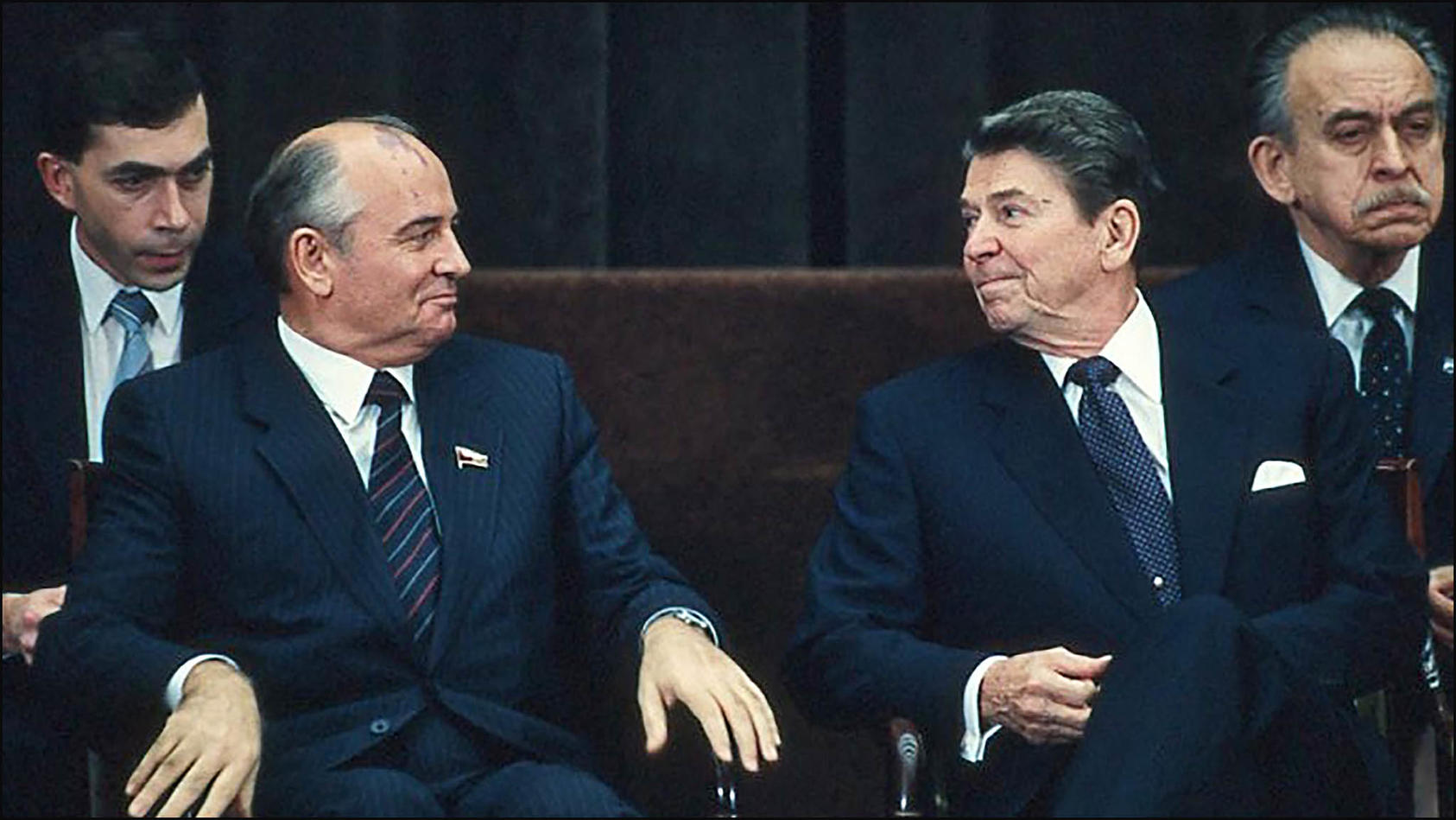 In 1985 the Soviet Union had been ruled for decades by aged or infirm men — Leonid Brezhnev, Yuriy Andropov and Konstantin Chernenko — steering its ponderous bureaucracies. “Increasingly, this generation of leaders saw that the USSR was falling behind the free world, economically and technologically,” said Don Jensen, a Russia scholar and former diplomat who directs USIP’s Russia-focused programs. They reached down a full generation into the party ranks to pluck Gorbachev, decades younger and publicly unknown, into the ruling circle. He became the Soviet Union’s eighth paramount leader at age 54, quickly attacking corruption. Gorbachev promoted glasnost, or openness to previously forbidden public discussion of the country’s ills, and he tried to restructure politics and the economy by relaxing elements of centralized control.

Gorbachev’s most historic change was to renounce the violent repression that had been the Soviet Union’s frequent response to any major resistance to its power. Most visibly, Nikita Khrushchev wielded Soviet troops to crush the 1956 anti-Soviet uprising in Hungary, as did Brezhnev against Czechoslovakia’s 1968 Prague Spring liberalization. Andropov helped run both repressions.

By contrast, as the Soviet bloc’s economic decline stirred increasingly open dissent through the 1980s, “Gorbachev’s inclination, with few exceptions, was against an authoritarian crackdown,” said Jensen. The defining moment came across Eastern Europe in 1989, when reformist movements — including East Germans’ forcing open of the Berlin Wall — undermined a half-dozen Soviet-allied communist regimes. Gorbachev determined that Moscow would not use its army, nor condone other bloodshed, to maintain its allies in power. The Norwegian Nobel Committee awarded Gorbachev the 1990 Nobel Peace Prize, giving him “the main credit” for ending “the Cold War between East and West.”

‘We Can Do Business’

At the same time, Gorbachev had built foundations of personal trust with his opponents across the Cold War divide. “I like Mr. Gorbachev,” British Prime Minister Margaret Thatcher declared after first meeting him. “We can do business together,” specifically “to see that war never starts again.”

Gorbachev and President Ronald Reagan “realized the enormity of what was at stake,” said veteran USIP photographer Bill Fitz-Patrick, who watched the two leaders’ personal interchanges as a White House photographer. “Each realized the sincerity of the guy sitting across the negotiation table, and I think that’s what launched their friendship.” The men’s relationship would facilitate the 1987 agreement to eliminate an entire class of thousands of medium-range nuclear missiles. Gorbachev then advanced with Reagan, and signed with President George H.W. Bush, the 1991 START treaty to reduce strategic nuclear forces.

But at home, Gorbachev’s easing of repression was letting the Soviet state splinter faster than he could respond. From the Baltics to the Caspian Sea, non-Russian populations were demanding, and sometimes fighting for, more autonomy. In a few cases, Gorbachev veered back toward force, sending troops who opened fire on demonstrators — in Azerbaijan in 1990, and in the Baltics a year later. But the end of his reign was already near, for in August 1991, hardline officials, including the KGB chief, attempted a coup, arresting Gorbachev at a vacation home. He was rescued only when his rising rival, Russian republic President Boris Yeltsin, summoned mass protests that scuttled the coup. Within four months, Yeltsin and other leaders among the 15 Soviet republics agreed to dissolve the USSR, an event formalized by Gorbachev’s resignation.

“Gorbachev thought he could liberalize the USSR to sustain it,” Jensen said. “But loosening the repression unleashed nationalisms and extremisms within the late 20th century Russian empire that he could not control. The upheavals and decline that followed set the stage for the rise of Vladimir Putin, a former KGB officer who maintains power largely by amplifying Russians’ fears and humiliation” at their nation’s decline from global superpower status. Over 20 years, Putin has portrayed Gorbachev’s, and Yeltsin’s, liberalizing inclinations as weaknesses that the West exploited to inflict on Russians the Soviet Union’s collapse — in his telling, the “greatest geopolitical catastrophe” of the 20th century.”

Putin has portrayed Gorbachev as a patsy of the West who surrendered the Soviet superstate, leaving Russia vulnerable to a hostile NATO alliance that has since added 10 member states in Eastern Europe, including the three formerly Soviet Baltic republics. As NATO-Russia confrontation revived over the past 20 years, Putin has blamed NATO exclusively, accusing it of breaking promises not to expand eastward. He has helped marginalize Gorbachev’s more moderate view, which ascribed blame to NATO but also urged sustained diplomacy with the West as critical on security issues from nuclear arms to the COVID “pandemic and the climate problem.”

As a Russian strongman who relies on violence to maintain power, Putin is a throwback to the Soviet leaders whose authoritarianism Gorbachev rejected — and arguably his greatest vulnerability has been the democratizing example of Russia’s former subjects, the 44 million Ukrainians. As Putin attacked Ukraine’s democracy, Gorbachev vacillated. To TIME magazine in 2014, he cast Putin’s seizure of Crimea as acceptable and a reaction to the West trying to marginalize Russia as “some kind of backwater, a province.” But when Putin launched his wider war on Ukraine in February, the Gorbachev Foundation, which the last Soviet leader founded to pursue international dialogues on international peace and cooperation, urged “an early cessation of hostilities and immediate start of peace negotiations.”

Gorbachev’s death this week only illustrated his isolation in Russia and in the post-Cold War world he helped create. In a brief letter, Putin told Gorbachev’s family simply that his predecessor “exerted a tremendous influence on the course of world history,” governing “at a time of complicated and dramatic change” and suggesting “his own solutions to long-standing problems.” Gorbachev’s own foundation, whose visible activities dwindled in his last chapter of life, issued no statement on his death, posting only a somber memorial portrait of him.

As the war in Ukraine continues, and surely for years to come, Western peacebuilding will face both the challenge and the imperative to reconstruct a basis for negotiation of new frameworks for peace and stability in Europe and worldwide. The rise and fall of Mikhail Gorbachev as the West’s interlocutor on peace will offer lessons.

Gorbachev’s essential revolution was a broad (if not quite complete) renunciation of violence as the necessary tool of Russian governance. It was defeated, in the end, by Russia’s deep unresolved conflicts, authoritarian impulses and popular resentments, both natural and amplified. Those who seek peace with that state in years to come will have to deal with the realities that ultimately defied Gorbachev’s attempts at change.