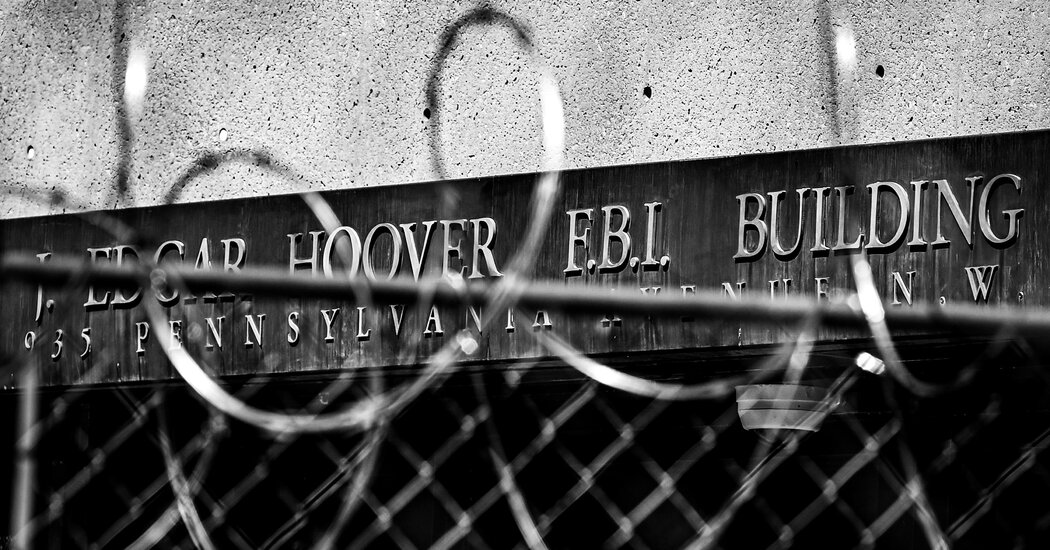 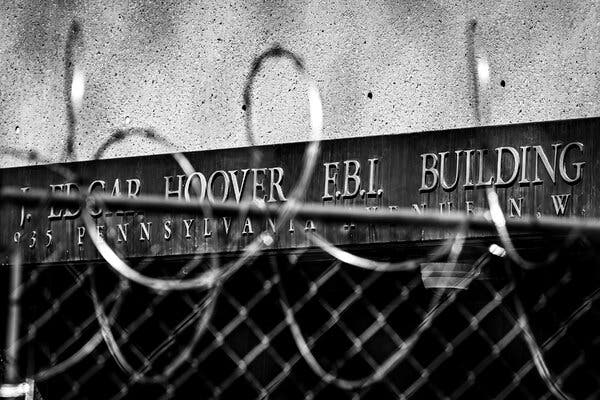 Mr. Graff is the author of “Watergate: A New History.”

Of all the weird and historically discordant moments and news stories of the Donald Trump era, few seem stranger than watching the former president and his allies demonize the F.B.I. as some sort of rogue “woke” Democratic deep state mob. This has been happening for several years now, but in the days since the F.B.I. searched Mr. Trump’s home at Mar-a-Lago, the bureau has attracted particularly withering criticism for its supposedly leftist persecution of Mr. Trump, and Republicans have even begun to call to “defund the corrupt F.B.I.”

Historically, though, the F.B.I. has been arguably the most culturally conservative and traditionally white Christian institution in the entire U.S. government. It’s an institution so culturally conservative, even by the standards of law enforcement, that Democratic presidents have never felt comfortable — or politically emboldened — enough to nominate a Democrat to head the bureau.

That’s right: Far from being a bastion of progressive thinking, every single director of the F.B.I. has been a Republican-aligned official, going all the way back to its creation. Such history suggests that the issue here is Mr. Trump and not institutional bias.

Its current director, Christopher Wray, who oversaw the agents conducting last week’s search of Mar-a-Lago, was nominated by Mr. Trump himself and came to the job with sterling Republican credentials: He was the head of the criminal division in George W. Bush’s Justice Department, a member of the conservative Federalist Society and a clerk for Judge J. Michael Luttig, a Republican judicial icon.

And before them — from Louis Freeh (a George H.W. Bush judge) to the F.B.I.’s founder, J. Edgar Hoover — all of the F.B.I.’s directors were Republican-aligned officials.

That political conservatism in the bureau’s ranks traces back to the culture that Hoover cultivated for a half-century, when the bureau viewed its role as policing and protecting a uniquely conservative (and Christian) view of the United States.

The irony of Donald Trump and Republicans demonizing the F.B.I. is that over the course of its century-plus existence, the bureau has actually stood as one of America’s cultural bulwarks protecting the nation from “radicals” and “subversives” who sought to diversify the United States beyond its traditional white, male, Christian power structure. Hoover seemed to fight his entire life to preserve the unique “mom, baseball and apple pie” nostalgia that would crystallize around the “Leave It to Beaver” idyll of the 1950s.

Hoover started at the Justice Department as the head of its “anti-radical” division in 1919, and for decades he treated Black writers and artists as subversives. The bureau compiled an 1,884-page report on James Baldwin. Its “Cointelpro” programs, under Hoover and the F.B.I. head of domestic intelligence William Sullivan, targeted and surveilled civil rights leaders like the Rev. Dr. Martin Luther King Jr.

The F.B.I. fretted over John Lennon and the Beatles, and sought to arrest Lennon on narcotics charges, which it hoped would lead to his deportation from the United States. And Hoover turned down a desired meeting with Elvis Presley days after Richard Nixon’s bizarre White House photo with the rock legend, after a Hoover aide noted that Presley was “wearing his hair down to his shoulders and indulges in the wearing of all sorts of exotic dress.”

With the F.B.I.’s troubled history with race and ethnicity, it’s perhaps not surprising that the bureau’s agent corps remains nearly three-quarters white (and overwhelmingly male). As much as Mr. Trump’s backers tried to tar the bureau by pointing to critical anti-Trump text messages between the F.B.I. agent Peter Strzok and the lawyer Lisa Page, the former president has apparently benefited from its conservative agent ranks: Mr. Comey and bureau executives have said that it was anti-Clinton agents in the New York field office leaking information that pressured them to release public news about the discovery of new emails pertaining to Hillary Clinton in October 2016. “The F.B.I. is Trumpland,” one agent told The Guardian in the days before the election.

Given such history, it seems that the president has no one to blame but himself for the fact that today he and his supporters are in such heated conflict with the F.B.I. Beyond an attack at the F.B.I.’s Cincinnati office earlier this month, which was carried out by a supporter of Mr. Trump who was also present at the Capitol attack on Jan. 6, armed Trump supporters have also protested outside of an F.B.I. field office in Phoenix. These were his people — and he’s the one whose suspicious behavior keeps attracting the bureau’s attention.

For the bureau itself, its three most recent directors have made big pushes — and failed — to recruit a more diverse work force that better reflects the country it serves. (Mr. Comey was actually at a minority recruiting event in Los Angeles in 2017 when he learned from TV reports that Mr. Trump had fired him.) It appointed its first ever chief diversity officer in 2021, Scott McMillion, amid the furor over racially biased policing following the murder of George Floyd. Mr. McMillion, a bureau veteran of over two decades who was the only Black agent in his training class at the Quantico academy in 1997, noted that the ranks of the bureau’s Black agents have never risen above 6 percent. It’s long battled racial and sexual discrimination lawsuits.

By at least one measure, the bureau remains the least woke corps of federal agents: It now stands as the last and only one of the top dozen federal law enforcement agencies — among them Immigration and Customs Enforcement, Border Patrol, the Drug Enforcement Administration, the Secret Service and the Park Police — that has never had a woman or person of color lead the agency.