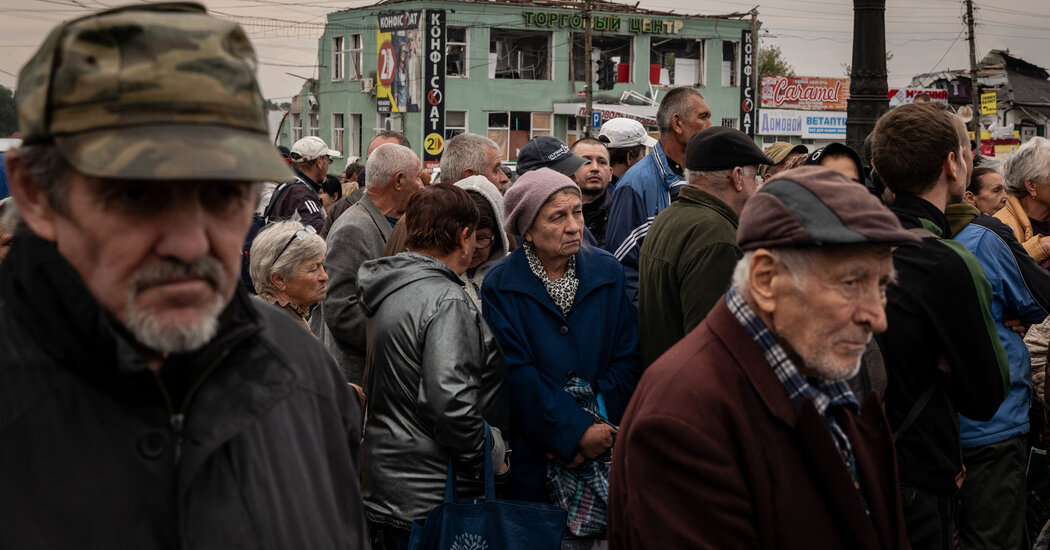 Putin acknowledges China may have ‘questions and concerns’ about the war. 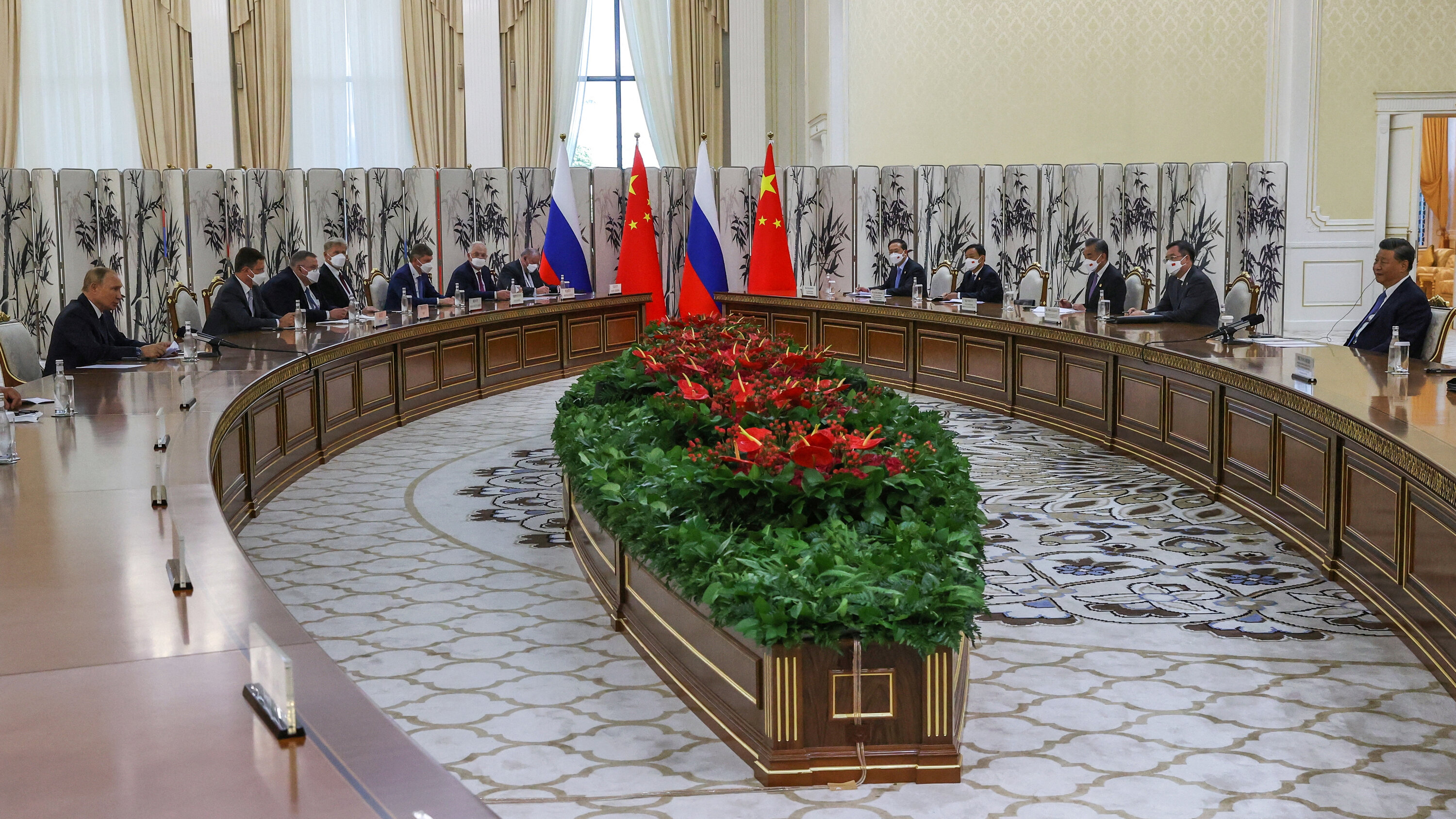 Footage from Russian state media shows President Vladimir V. Putin of Russia meeting with Xi Jinping, China’s top leader, in Uzbekistan at a summit meant to show the strength of the relationship between the two authoritarian leaders.CreditCredit…Pool photo by Alexandr Demyanchuk/Sputnik

President Vladimir V. Putin of Russia said on Thursday that Moscow understood that China had “questions and concerns” about the war in Ukraine — a notable, if cryptic, admission from Mr. Putin that Beijing may not fully approve of Russia’s invasion of Ukraine.

And his Chinese counterpart, Xi Jinping — in his first face-to-face meeting with Mr. Putin since the invasion began — struck a far more subdued tone than the Russian president, and steered clear in his public comments of any mention of Ukraine at all.

Taken together, the remarks were a stark sign that Russia lacks the full backing of its most powerful international partner as it tries to recover from a humiliating rout in northeastern Ukraine last week.

The two authoritarian leaders met during a summit in Uzbekistan that was meant to signal the strength of the relationship between the countries at a time of increasing animosity with the West and challenges to their agendas. The meeting was particularly important to Mr. Putin, who has become more isolated by the United States and its allies over his invasion of Ukraine.

“We highly appreciate the balanced position of our Chinese friends in connection with the Ukrainian crisis,” Mr. Putin said in televised remarks at the start of the meeting. “We understand your questions and concerns in this regard. During today’s meeting, of course, we will explain in detail our position on this issue, although we have spoken about this before.”

While Chinese officials have offered some lip service in recent months to Russia’s message that the war in Ukraine was the West’s fault, Mr. Xi did not repeat any of those lines in his televised comments. He carefully avoided offering any endorsement of specific Russian policies, instead offering generalities about China’s and Russia’s view of the world.

After the meeting, China released a statement saying that it was “ready to work with Russia in extending strong support to each other on issues concerning their respective core interests.”

It was a strikingly different tone from Mr. Xi than in early February, before the invasion. The two countries issued a joint statement before the start of the Winter Olympics in Beijing describing their partnership as having “no limits.”

The lukewarm Chinese support leaves Mr. Putin in an increasingly difficult spot as the invasion approaches the seven-month mark and he faces increasing criticism inside Russia about how he is conducting the war.

Sergey Radchenko, a professor at the Johns Hopkins School of Advanced International Studies, said Mr. Putin “has severely undercut his leverage with China” by cutting himself off from the West.

“He has nowhere else to turn but to China,” Mr. Radchenko said. “And the Chinese are best at looking after their own interests.”

In contrast with Mr. Xi’s circumspect remarks, Mr. Putin railed against the “unipolar,” American-led world order that he sees Beijing and Moscow aligned against.

“We jointly stand for the formation of a just, democratic and multipolar world order based on international law and the central role of the U.N., and not on some rules that someone has come up with and is trying to impose on others, without even explaining what it’s about,” Mr. Putin told Mr. Xi.

Asked about the summit meeting at a news conference on Thursday, a State Department spokesman, Ned Price, said it was “not surprising” that China had concerns about the war.

“It is somewhat curious,” Mr. Price added, “that President Putin would be the one to admit it.”

China has been a crucial trade partner for Russia in the months since the invasion began and Western nations turned their backs. China has increased its exports of some goods to Russia, and it bought record levels of Russian oil in May, June and July.

But China has done little to help circumvent Western sanctions that prevent Russia from importing advanced Western technology. It also appears to have refrained so far this year from shipping weapons to Russia, forcing Moscow to ask Iran and North Korea for military equipment.

Mr. Putin and Mr. Xi met on the sidelines of a summit of the Shanghai Cooperation Organization, a multilateral, security-focused organization that includes China, Russia, India, Pakistan and four Central Asian nations. For Mr. Xi, the gathering was a chance to resume his role as a global statesman. It was his first trip abroad since he went to Myanmar in January 2020.