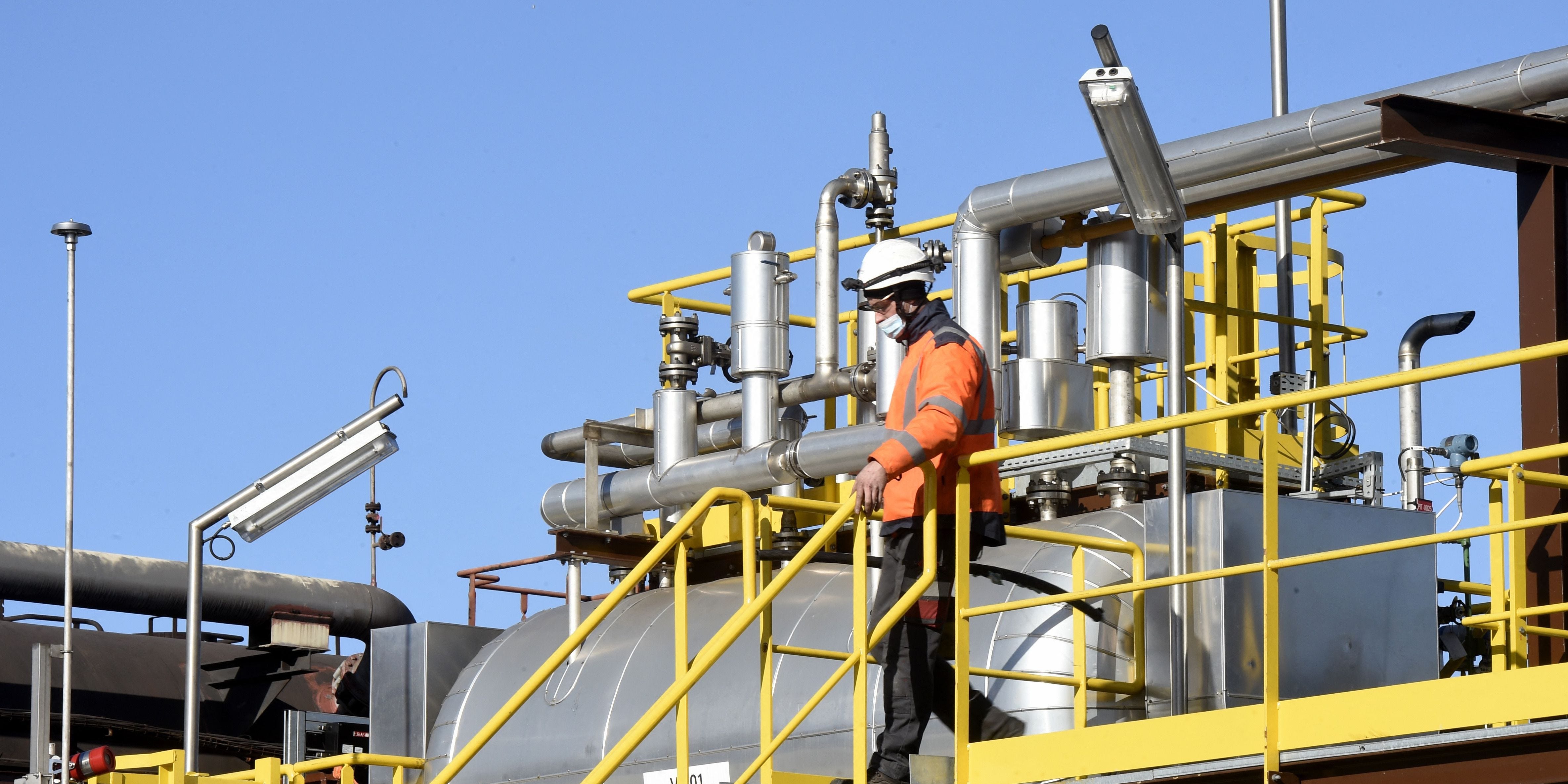 An employee of Arcelor Mittal works at the Dunkirk site in northern France, on February 11,.

European companies, including steel and chemical makers, are shifting operations to the US, aiming for some relief from the jump in regional energy prices after Russia launched its war against Ukraine, The Wall Street Journal reported Wednesday.

Europe this year has been navigating through sharp swings in energy prices and supply-chain problems that threaten to pull the area’s economy into recession. The US, meanwhile, is attractive to European companies as energy prices are more stable and the government has signed into law billions of dollars to support renewable energy projects and products as well as funding to boost the US semiconductor industry.

Luxembourg-based steel maker ArcelorMittal said it would cut production at two German plants following a better-than-expected performance at a Texas facility, the Journal reported. The Texas plant produces hot briquetted iron used in steelmaking. OCI, a chemical company based in Amsterdam, said this month it would expand an ammonia plant in Texas.

Volkswagen and Danish jeweler Pandora announced US expansions earlier this year, and the Journal last week reported Tesla is pausing its plans to make battery cells in Germany as it looks at qualifying for tax credits under the Biden administration’s Inflation Reduction Act.

As Russia slashed gas flows into Europe, Dutch TTF gas futures, the European benchmark, surged by more than 400% at their peak during 2022. The commodity’s price hit a high above €346 euros ($353) per megawatt hour in August. Prices have since pared gains and are now up 220%, with the front-month contract around €204 euros MWh on Wednesday.