The Russian intelligence services, as a whole, proved to be particularly deficient (and the word is weak) during the “special operation” launched by Vladimir Putin.

The FSB which was in charge of Ukraine (in matters of espionage, the former republics of the USSR are the responsibility of the FSB and the rest of the world of the SVR) did not see that the vast majority of non-Russian-speaking populations were hostile to Russia. This is curious because this fact is common knowledge. The heroic resistance to the Russian offensive therefore came as a major surprise to the Russian expeditionary force, which thought it could take kyiv in a few days.

For its part, the SVR has totally underestimated the capacity for unity of the Western world in general and of Europe in particular. Ill-informed, the Kremlin thought that some countries would dissociate themselves from Washington and that this union would break up “puzzle-style”.

And finally, the GRU military intelligence service misjudged the military capabilities of Ukraine (the defeat of the capture of Hostomel airport by an airborne assault that was to open the gates of the capital was a striking element of Russian failure. This failure stems from the GRU’s poor assessment of Ukrainian forces in this area).

Second, the GRU appears to have been unable to provide strategic and tactical intelligence regarding Ukraine. At no time could the flow of Western weapons be interrupted. Finally, the GRU did not see the concentration of Ukrainian armored-mechanized forces in the north of the country which enabled the outbreak of the successful offensive on Karkhiv. Where are the aerospace intelligence, the reconnaissance drones, the deep-covered spetsnaz commandos, the intelligence operatives? 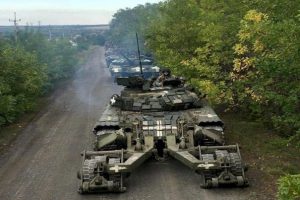 Rumor has it that a furious Putin withdrew to a villa in Sochi in early September, refusing to receive his military and intelligence officials. His first decision seems to have been the appointment of a new leader at the head of the GRU: Colonel General Yunus-Bek Bamatgireyevich Yevkurov. His military career took him to various theaters of operations, his heroism earning him the title of Hero of Russia for his conduct in Kosovo against NATO forces.

This little-known episode reveals the state of mind of American political and military leaders: the Russians had taken Slatina airport in Pristina by surprise on June 11, 1999. A group of Russian spetsnaz-GRUs at the head of this operation was headed by Major Yunus-Bek Yevkurov. US General Wesley Clark, Commander-in-Chief of NATO forces at the time, then ordered British General Mike Jackson, commanding the “Allied Rapid Reaction Corps” (ARRC) to take over by force. of the airport. A real feud between the two men culminated in Jackson’s response to his (NATO) superior Clark: “I’m not going to start World War III for you!” “”.

From 2004 to 2008, Yevkurov served as Deputy Military Commander in the Volga-Urals Military Region General Staff before being appointed in 2008 as interim President of the Republic of Ingushetia. He was immediately confirmed to this position by the People’s Assembly of Ingushetia for five years.

On June 22, 2009, he was seriously injured in a bomb attack targeting his presidential motorcade. The perpetrators were Islamist terrorists. He left office in June 2019.

On July 8, 2019, he was appointed Deputy Minister of Defense Sergei Shoigu as Lieutenant General. He was promoted to Colonel General on December 8, 2021.

His nephew, Captain Adam Khamkhoev, who commanded an airborne assault company, was killed in Ukraine on May 21, 2022.

That said, changing the head of an intelligence service does not have immediate results on the ground because intelligence is a long-term discipline. On the other hand, the first thing a new leader usually does is “cut the rotten branches”. It should therefore have a deep internal cleaning. But it will take time to replace them. 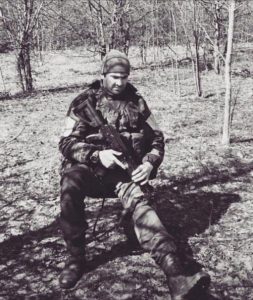