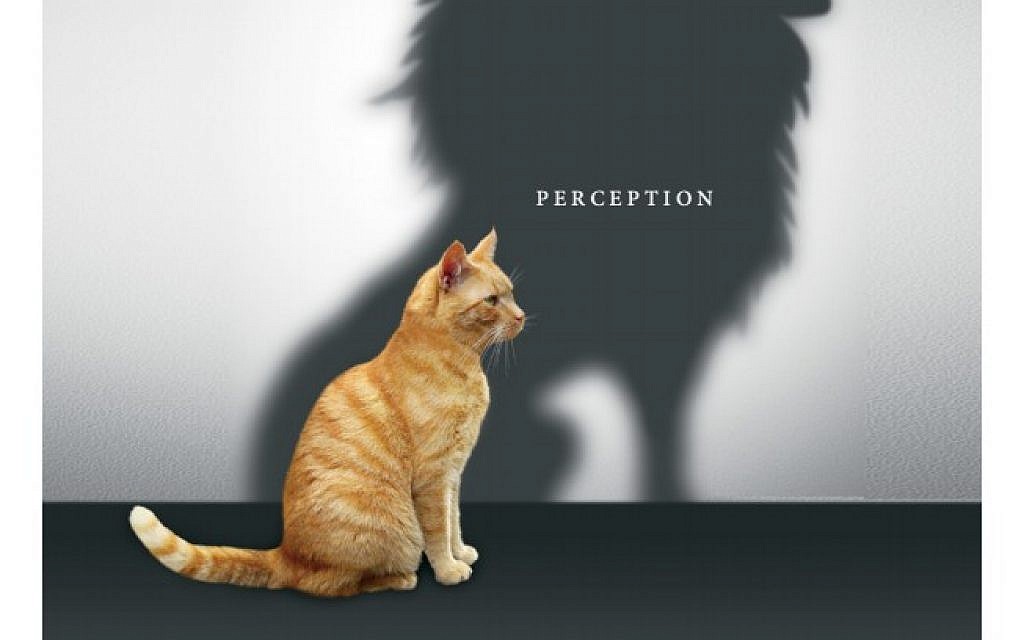 A week after the US Senate issued a report accusing an Israeli company, Psy-Group, of attempting to meddle in US elections and, separately, of working on behalf of a Russian agent, Israel’s Defense Ministry said it is not aware of the company’s activities and has never considered itself responsible for regulating them.

Several of Psy-Group’s employees were graduates of Israeli intelligence units, including a former senior IDF intelligence officer, however, and Israel’s own export control legislation bars private firms from exporting intelligence knowledge and services without a license.

On August 18, the US Senate Select Committee on Intelligence released the fifth volume of its Russia investigation, which examines Russia’s attempts to meddle in US politics during the 2016 elections. An entire section of the report is devoted to the Israeli cyber-intelligence company, Psy-Group, which the report concludes pitched, but may not have carried out, covert influence services on behalf of the Trump presidential election campaign. “Psy Group representatives engaged with Trump Campaign senior officials in 2016 for a contract to perform work on behalf of the Campaign,” it states. “These engagements… purportedly never materialized into any Campaign work.”

The report also says that Psy-Group on separate occasions worked for at least two Russian oligarchs, including Oleg Deripaska, whom the report describes as “a proxy for the Russian state and intelligence services.”

Israel’s Defense Export Control Law strictly prohibits Israeli companies from exporting defense equipment, knowledge, technology, or services, including intelligence knowledge and services, without a license from the Ministry of Defense. 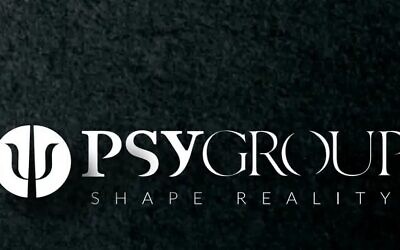 But when The Times of Israel contacted the Defense Ministry to ask whether Psy-Group had obtained a license to carry out covert influence campaigns in the United States or to work on behalf of Russian state actors, a spokeswoman replied, “Psy-Group does not appear on any of our lists. What this means is that they do not have a defense product that requires regulation. They are not on our list and it is not our responsibility to oversee them.”

‘The people in the Defense Export Control Agency… should have checked if Psy-Group was using knowledge or technology it acquired in the military. Who is making sure that these intelligence secrets don’t leak out of Israel?’ — Avner Barnea, former senior Shin Bet official

An Israeli expert consulted by The Times of Israel strongly contested this Defense Ministry assertion.

Dr. Avner Barnea, research fellow at the National Security Studies Center of the University of Haifa and a former senior official with the Israel Security Agency (Shin Bet), said, after reading the Senate Intelligence report, that the Ministry of Defense should have been regulating Psy-Group and preventing it from doing business with anyone connected to Russia or other foreign intelligence agencies. 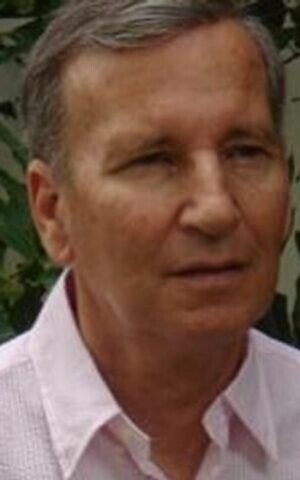 “The people in the Defense Export Control Agency are not serious, unfortunately,” he told The Times of Israel. “They’re bureaucrats who lack technological understanding. They should have checked if Psy-Group was using knowledge or technology it acquired in the military. Who is making sure that these intelligence secrets don’t leak out of Israel?”

According to the Senate committee report, Psy-Group was one of three influence companies with foreign ties that the committee investigated because it initially suspected that the company may have “played a role in shaping the outcome of the 2016 US presidential election.” The other two companies were Cambridge Analytica and Colt Ventures. Psy-Group was the brand name used by Invop Ltd., an Israeli company that went into liquidation in April 2018. 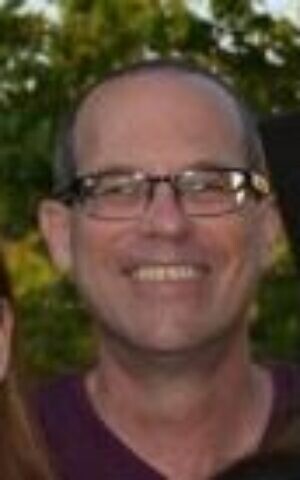 Royi Burstien, the CEO of Psy-Group at the time of the activities described in the Senate report, is a lieutenant colonel (res.) in Israeli military intelligence.

The Senate Committee’s description of Psy-Group reveals its concerns that the company may have used or offered to use methods that the firm’s employees honed in Israeli intelligence.

“The Committee examined these specific companies and their activities related to the 2016 US election to better understand how foreign influence, including the use of techniques and methodologies honed by foreign governments and intelligence services, may have been exerted in 2016,” the report stated.

The committee also cited Psy-Group’s own literature and its emphasis on intelligence capabilities.

“The Committee reviewed several documents that described the suite of services offered by Psy Group. One corporate overview, entitled ‘Shaping Reality through Intelligence and Influence,’ sent from Psy Group to American international political consultant George Birnbaum in May 2016, highlighted Psy Group’s capabilities in ‘influence’ and ‘intelligence.’”

‘These guys came out of the [Israeli] military intelligence army unit,’ Birnbaum told the committee, ‘and it’s like coming out with a triple Ph.D. from MIT.’

The committee quoted another section of Psy-Group’s marketing material that said “Psy Group’s ‘intelligence offering’ included a ‘multi-level approach to intelligence collection’ that combined open source research, cyber operations including social engineering and ‘honeypots…to extract required information from the right sources,’ and ‘covert techniques and capabilities in the physical world.’” 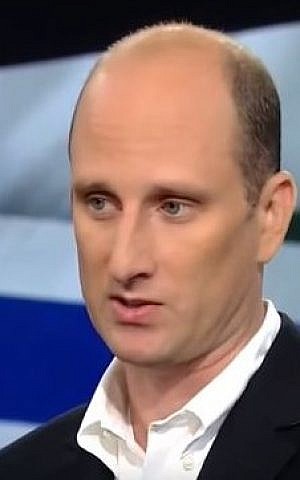 Political adviser George Birnbaum during an interview with CNN in 2014. (YouTube/ GuariscoGroup)

The committee also interviewed Birnbaum, an international political consultant who helped put Psy-Group in touch with the Trump campaign. He told the committee that Psy-Group’s capabilities were unique, as a result of their military pedigree.

“These guys came out of the [Israeli] military intelligence army unit,” Birnbaum told the committee, “and it’s like coming out with a triple Ph.D. from MIT. The amount of knowledge these guys have in terms of cybersecurity, cyber-intelligence . . . they come out of a unit in which their minds in terms of understanding cybersecurity — the algorithms that they can create — it’s just so beyond what you could get [with] a normal education that it’s just unique…there are hundreds and hundreds of Israeli start-up companies that the founders are guys who came out of this unit.”

The intelligence committee report cites many names that may be familiar to consumers of Israel-related news.

According to the report, Psy-Group initially got in touch with the Trump campaign in March 2016, when Kory Bardash, the head of Republicans in Israel, emailed Birnbaum, as well as Eitan Charnoff, a project manager at Psy-Group. 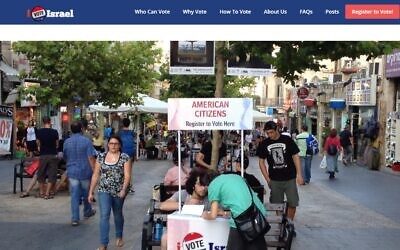 Eitan Charnoff served as the director of the widely publicized organization iVote Israel, a purportedly non-partisan group that encourages Americans in Israel to vote in US elections, but that was accused by some voters of flubbing their absentee ballot requests. He ran iVote Israel in 2016, while he was employed at Psy-Group. 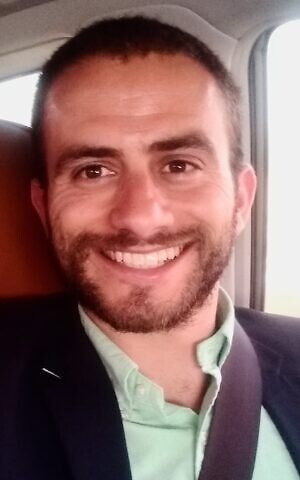 According to the Senate report, Bardash sent an email to Birnbaum and Charnoff saying “I have spoken to both of you about the other. Hopefully, you can have a mutually beneficial chat.”

Later that spring and summer, according to the intelligence committee, Psy-Group pitched two influence and intelligence projects to the Trump campaign. These included offers to do opposition research on Hillary Clinton, offers to use fake social media profiles to covertly influence Republican National Convention delegates, and offers to target minority communities, suburban female voters, and undecided voters with covert messaging.

According to Zamel, none of these campaigns were ever carried out: “Not a tweet, not a character, nothing,” Zamel told the committee. However, the committee noted that Zamel was paid over $1 million by George Nader, an adviser to the United Arab Emirates, with high-level Russian ties.

A screen capture from a Psy-Group proposal, reportedly for the Trump campaign, obtained by the New York Times.

The Senate report mentions the names of other Psy-Group employees who were included in emails discussing possible influence campaigns on behalf of Trump. One of these is Paul Vesely, an Australian-Israeli, who, in November 2017, posted an interview he gave on his LinkedIn profile concerning disinformation campaigns during the 2016 presidential election.

In the interview, Vesely discusses such campaigns in a knowledgeable way, although it is not clear whether he is referring to work that may have specifically been carried out by Psy-Group. 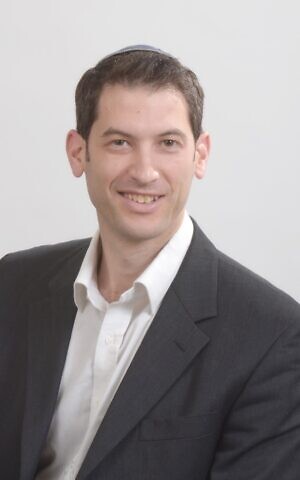 “The reason the techniques used on social media were so effective during the 2016 US presidential elections,” he is quoted as saying, “was because the messaging was segmented perfectly per target audience. This created both engaging and sometimes infuriating content tailored to appeal to specific segments of the US population. This simple yet effective marketing technique allowed millions of Americans to not just digest but crave the narrative these fake news accounts were spurting out. The second reason why the disinformation campaign was so successful was because it seemed to come from grassroots supporters even though it was being led by avatars. There is no greater power of influence than over people in a segmented group with similar interests one another’s outlook in an effective echo chamber. This echo chamber allowed real people to be involved with avatars and social group administrators who directed conversation and released information that varied in spectrum from being loosely based on truth all the way to being completely fictitious. No matter how distant the content was from the truth, when agreed upon and repeated in a group, it was extremely effective.”

The Senate Intelligence Committee said it could find no convincing evidence that Psy-Group carried out influence operations against the US on behalf of Russia. Nor did it draw a conclusion as to whether Psy-Group had carried out any influence campaigns against Americans at all.

“The Committee found no convincing evidence that Russia’s government or intelligence services worked with or through any of these companies in furtherance of Moscow’s 2016 US election interference. There are, however, limitations to the Committee’s understanding of this subject,” the report said.

The committee did, however, find that Psy-Group had worked for Russian oligarch Oleg Deripaska on another project involving a business dispute in Austria. Deripaska was introduced to Psy-Group by a man named Walter Soriano, according to the report.

“According to Burstien, Psy-Group undertook an “intelligence project” (codenamed “Project Starbucks”) in probably 2015 for Oleg·Deripaska involving a business dispute with a large Austrian company, possibly connected to real estate,” the report said. 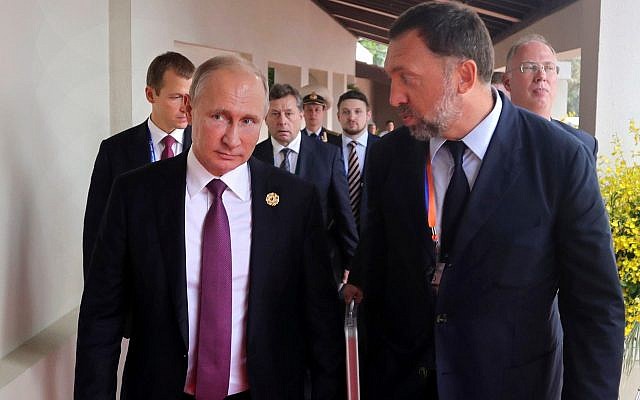 The report discusses Deripaska at great length, describing him as a key Russian operative.

“Deripaska has managed and financed Kremlin-approved and -directed active measures campaigns, including information operations and election interference efforts. Deripaska has conducted these activities in an effort to install pro-Kremlin regimes, control local economies and politicians, and strengthen Kremlin-aligned power brokers across the globe,” the report says.

The Times of Israel reported in May that Psy-Group allegedly carried out an online harassment campaign against pro-democracy activists in Ukraine, a campaign that would have strongly aligned with Russian government interests.