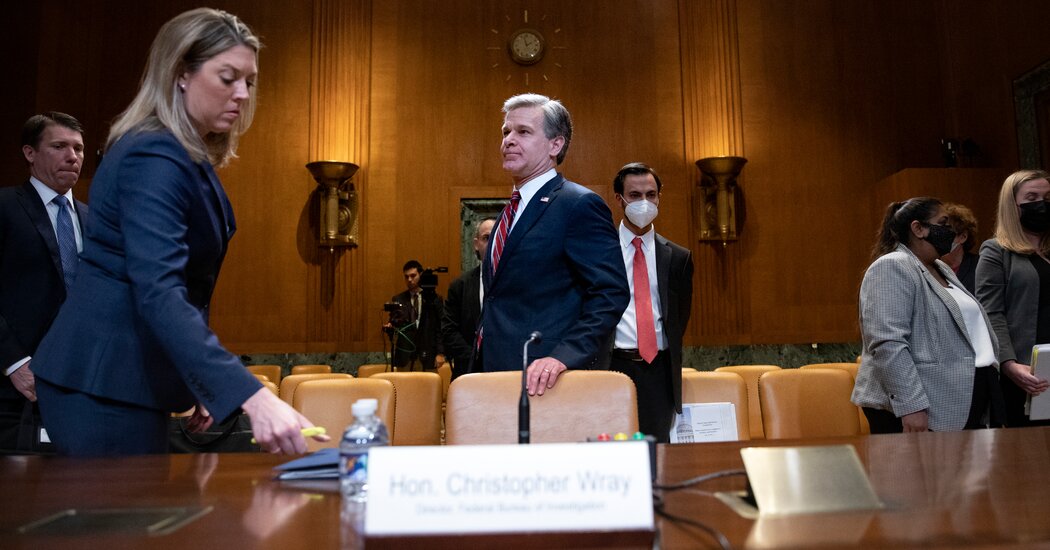 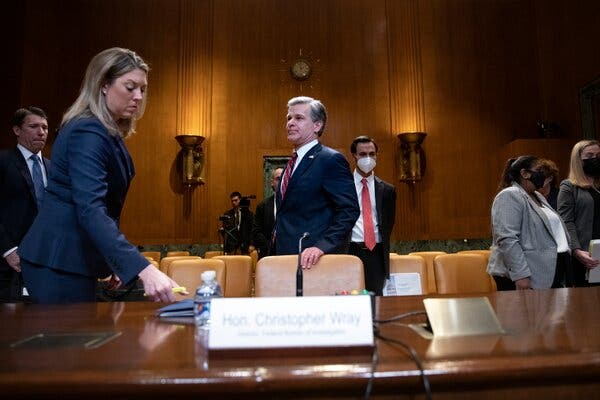 Christopher A. Wray, the F.B.I. director, said on Tuesday that Russia is a threat to the 2022 midterm elections.Credit…Tom Brenner for The New York Times

Top national security officials warned on Tuesday about the continuing threat of election interference from abroad, emphasizing that Russia could still seek to meddle or promote disinformation during the 2022 midterm races even as it wages war in Ukraine.

“I am quite confident the Russians can walk and chew gum,” Christopher A. Wray, the F.B.I. director, said during a cybersecurity conference in Manhattan, where he spoke alongside Gen. Paul M. Nakasone, the head of the National Security Agency and U.S. Cyber Command.

During the past two election cycles, the N.S.A. and Cyber Command have worked together to identify and block foreign interference and influence operations. The N.S.A. has also detailed a senior official to the F.B.I. who meets with Mr. Wray every morning.

While the N.S.A. rarely discusses its work, General Nakasone disclosed that over the past several years, his agency had conducted about 50 operations in 16 countries to help allies guard against cyberthreats.

“This is a growth industry for us,” he said. “We have a number of different countries that are interested in working with us.”

General Nakasone said the intelligence community was bracing for the midterm elections after a cascade of cyberattacks, including the SolarWinds breach, which infiltrated a number of government agencies, and the Colonial Pipeline attack, which forced a shutdown of a major pipeline.

His agency, General Nakasone said, was anticipating “all that and other things that will be disruptive.”

In recent years, U.S. intelligence analysts and officials have been divided over the threat China poses — and whether it is undertaking the same kind of influence operation that Russia is. Some believe Beijing is more focused on shaping debate over the United States’ policy toward Hong Kong and Taiwan.

But others say China is as grave a threat as Russia in trying to influence the election. Part of the problem has been that intelligence analysts working on China and Russia do not share a common definition of influence operations, something intelligence officials have been trying to remedy over the past 18 months.

In an interview Tuesday with The New York Times, Mr. Wray said China has a “policy of trying to influence our policies and politics.”

“It’s not a straight election issue, but sometimes that strays into election issues,” he said, adding that “it’s more focused on the overall stance of the United States.”

“Elections are just a piece of a much bigger mosaic for them,” he continued.

He added that the Chinese “care more about being caught, which may contribute to their calculus in terms of how they go about what they are doing.”

“Part of that is because of their goal to be the world’s dominant economic power,” he said, adding: “That requires trying to maintain a level of credibility, if you will, with all sorts of audiences around the world.”

Asked whether foreign countries were weaponizing allegations of election fraud, Mr. Wray said that divisive topics often offered an opening. “We have seen different foreign adversaries look for and seize upon any issue that divides us and that generates, even on its own, some level of controversy,” he said. “The more heated it is already, the more they want to pour gasoline on that fire.”

He said that he and Attorney General Merrick B. Garland were “seeing overheated rhetoric and fiery passionate views across the political spectrum boil over into violence and threats of violence.”

Mr. Wray added that the F.B.I.’s job was not to knock down falsehoods spreading on social media but to focus instead on “violations of federal criminal law or national threats from foreign actions.”

Asked if the investigation into the attack on the Capitol would continue even if Mr. Trump runs for president again, Ms. Monaco reiterated that the Justice Department would follow the facts, “regardless of whether the subject of those investigations were present on Jan. 6.”