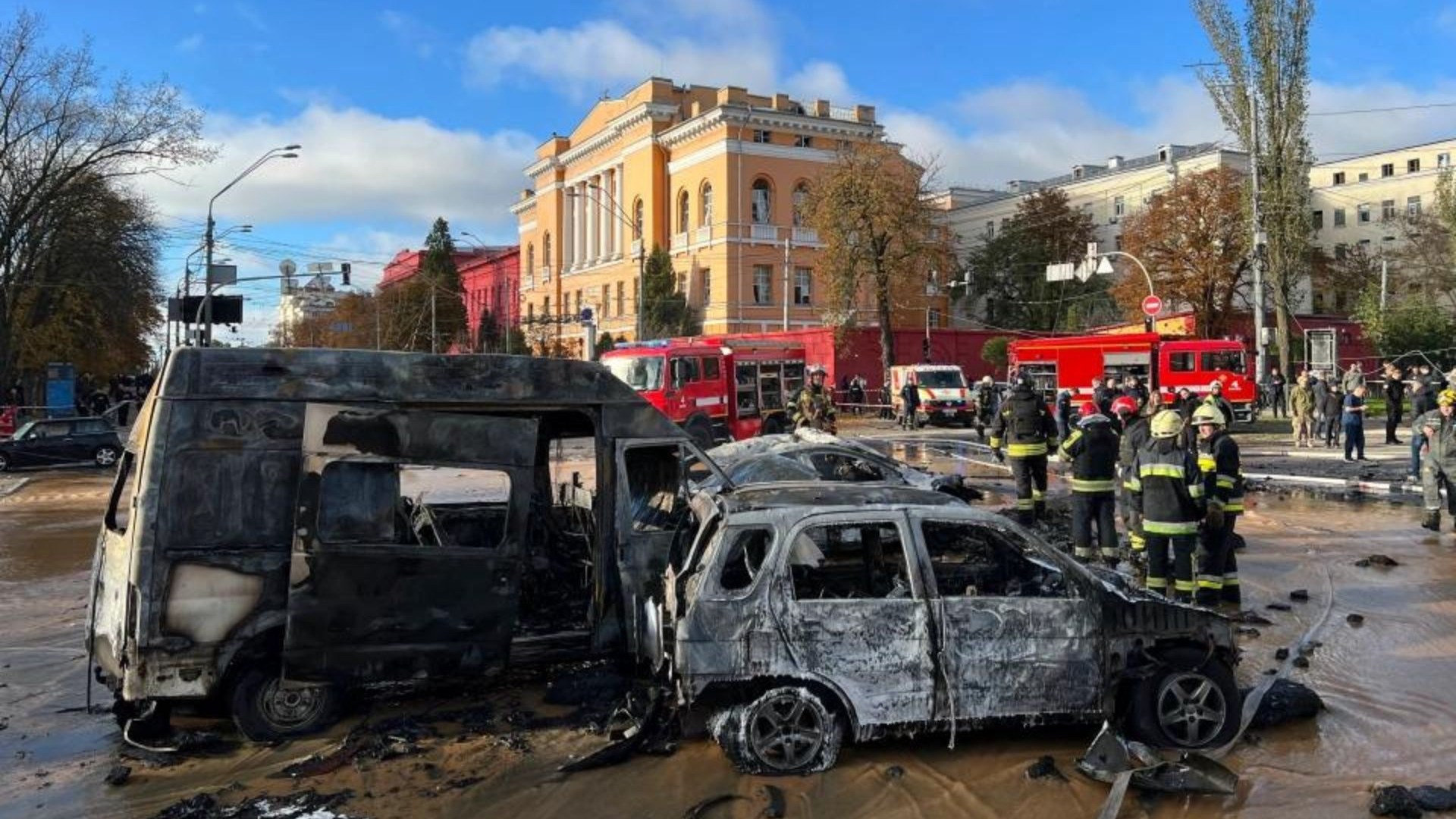 VLADIMIR Putin has committed “merciless attacks” across Ukraine including the shelling of Kyiv in revenge for the Crimea bridge bomb.

The Ukrainian police force has confirmed five people have been left dead by the Kyiv rocket attacks, with a further 12 injured.

Rostyslav Smyrnov, an aide to the interior minister, earlier put the figures at 8 killed and 24 injured as a result of the strikes.

But the Ukraine defence ministry defiantly tweeted: “So, russkies, you really think you can compensate for your impotence on the battlefield with missile strikes on peaceful cities? You just don’t get it do you – your terrorist strikes only make us stronger. We are coming after you.”

Read our Ukraine-Russia live blog below for the latest updates…

The International Committee of the Red Cross said that it would be returning to a “full schedule of humanitarian assistance” only when the “security situation allows”.

In a statement, the Red Cross said: “Given the security situation in Ukraine earlier today, ICRC teams momentarily paused movements and sheltered and continued to work in place.

“We are monitoring humanitarian needs to provide assistance as necessary.”

Zelensky said they’ve “discussed the increase in defense support for Ukraine and the world’s coordinated response to the new attacks by the Russian Federation.”

They also spoke about how they will be “restoring destroyed Ukrainian infrastructure”.

During a phone call with 🇳🇱 Prime Minister @MinPres, we’ve discussed the increase in defense support for Ukraine and the world’s coordinated response to the new attacks by the Russian Federation. Separately, we’ve focused on the aid in restoring destroyed 🇺🇦 infrastructure.

Dmitry Medvedev, the former Russian President, warned “there will be others” following today’s missile attacks in Ukraine.

Taking to social media Putin’s all said: “Ukraine would be a constant, direct and clear threat to Russia.”

He added: “The aim of our future actions must be the full dismantling of the political regime in Ukraine.”

Spokesman Arindam Bagchi said India is willing to support “all attempts” at de-escalation, and stopping the war in Ukraine.

“We reiterate that escalation of hostilities is in no one’s interest,” he said.

“We urge immediate cessation of hostilities and the urgent return to the path of diplomacy and dialogue.”

Ukraine’s Ministry of Defence have released their latest update on Russian losses.

A further 370 troops had been killed taking the total number of Russian personnel losses to 62,870.

Total combat losses of the enemy from Feb 24 to Oct 10: pic.twitter.com/5Sysy2KaTn