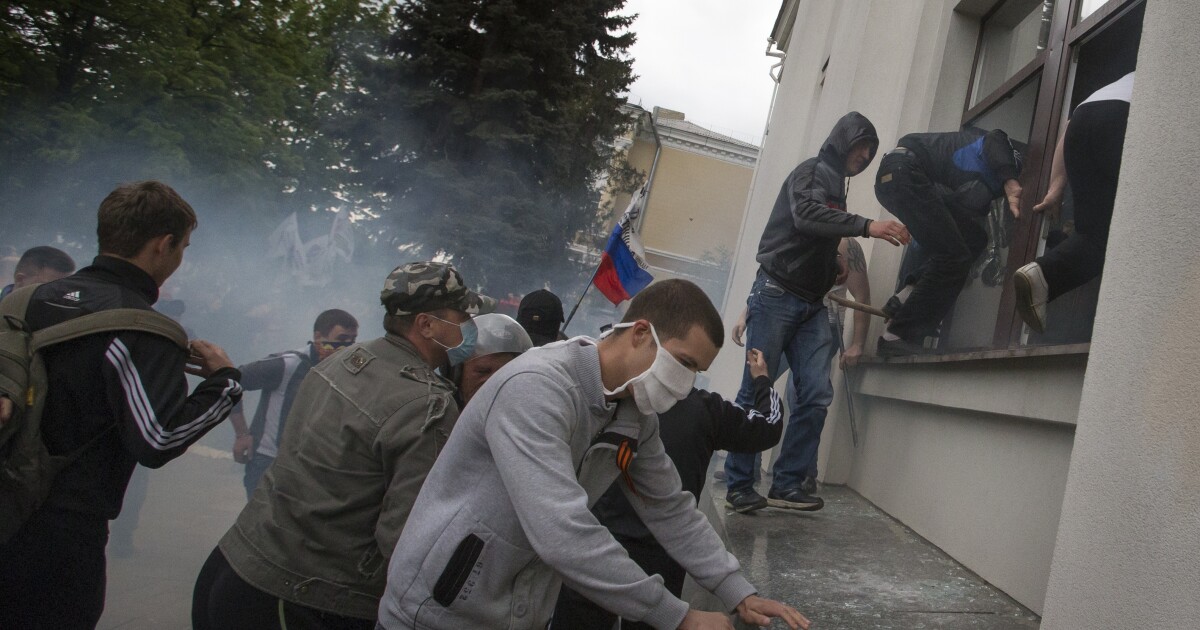 Russia doesn’t have enough cruise missiles to wage a scorched-earth campaign against Ukrainian civilians while fending off a Ukrainian counteroffensive to liberate occupied territory in the east, Western officials and analysts said.

“We know that they are running out of these cruise missiles, which is by the way the only precision, long-range weapon they still have,” a senior European military official told the Washington Examiner. “Soon, so early 2023, they will run out of it because that’s something the defense industry in Russia cannot produce anymore.”

Those estimates bode poorly for Russian President Vladimir Putin’s ability to sustain the blistering barrage that Russian forces unleashed this week. The bombardment targeted energy infrastructure and other civilian targets across the country in an apparent effort to cripple “the entire chain of supply” of electricity, according to Ukrainian energy officials.

BELARUS TROOPS MAY NOT BE USEFUL TO RUSSIA DURING UKRAINE WAR

“The upcoming winter will be challenging,” Ukrainian Prime Minister Denys Shmyhal said Wednesday. “Therefore, we once again urge everyone to prepare carefully for winter. It is desirable that every family has a stock of necessary basic things: warm clothes, candles, flashlights, batteries. It is vital to get prepared in case electricity or heat disappears as a result of massive missile attacks.”

That frigid fate strikes Russian hard-liners as a clear path to victory in the war, which has gone badly for the Kremlin in defiance of widespread presumptions that Russian forces could overwhelm Ukraine with a military that appeared on paper to be larger and better equipped than the defending force.

“The approaches to the special military operation have changed,” Russian politician Sergey Aksenov, the head of the Crimea region under Putin since the annexation of the peninsula that started the war in Ukraine in 2014, told Russian state media this week. “I’ve been saying from the first day of the operation that if such actions to destroy the enemy infrastructure were taken every day, we would have finished everything by May and the [Ukrainian government] would have been defeated. I hope that now the pace of the operation will not slow down.”

Ukrainian Energy Minister Herman Halushchenko confirmed that Russian forces had “dramatically targeted” his country’s energy infrastructure for the first time since “the beginning of the war.” Ukrainian officials claimed to have restored power “for almost 4,000 settlements and millions of consumers,” according to the prime minister’s figures, although Ukrainian officials have acknowledged also that the bombardments could strain their capacity going forward.

“If it wasn’t for today’s strikes, we would have already restored the energy supply, water supply, and communications that the terrorists damaged yesterday,” Ukrainian President Volodymyr Zelensky said Tuesday. “In some cities and districts, work is still ongoing. In some cities and districts, energy workers apply temporary restrictions on energy supply according to the schedule — this is necessary solely in order to maintain the stability of the energy system.”

Putin may have had a very good reason for choosing not to conduct such attacks earlier in the conflict, in the judgment of one Western military official.

“They will not make strategic or operational difference, these strikes, because the determination of the Ukrainian population will not be changed by harsh winter or by more bombing by the Russians,” the senior European military official said. “And it has no impact on the front line, what’s happening on the front line.”

The strategy favored by Aksenov and other hard-liners may fail to account for the depletion of Russia’s missile stockpiles over the last several months.

“There are signs that he’s running short in precision-guided munitions,” a second senior European official said this week. “I would argue that yesterday’s cruel and violent show of force was quite expensive, not only in terms of monetary value but also in terms of the effect on the Russian stocks of long-range precision-guided ammunition.”

“We are constraining Russia’s strategic economic sectors, including defense and aerospace, and we will continue to counter Russia’s attempts to weaken and destabilize sovereign nations and undermine multilateral institutions,” as the newly released White House National Security Strategy put it. “We have joined with allies and partners in Europe and around the globe to impose sanctions and export controls that will degrade Russia’s ability to wage future wars of aggression.”

Russian forces have a larger quantity of artillery shells and other munitions, per Western estimates, but Ukrainian forces have made their own effort to deprive the commanders of those supplies.

“Putin doesn’t have many options,” former U.S. Ambassador to Ukraine Bill Taylor told the Washington Examiner. “He doesn’t have many weapons, literally and figuratively. He’s in a bind. He’s gonna have a hard time continuing to knock out this infrastructure, just because he’s running out of these weapons.”

CLICK HERE TO READ MORE FROM THE WASHINGTON EXAMINER

The very fact that Putin declined to hit such targets early in the war reinforces the impression that their destruction holds little value for the Russian war effort. So his decision to change course this week leaves Western observers to wonder if his choices can be explained better by political motivations or as a function of the Russian military’s inability to hit the infrastructure targets, such as transportation facilities, that might have a more immediate impact on the battlefield.