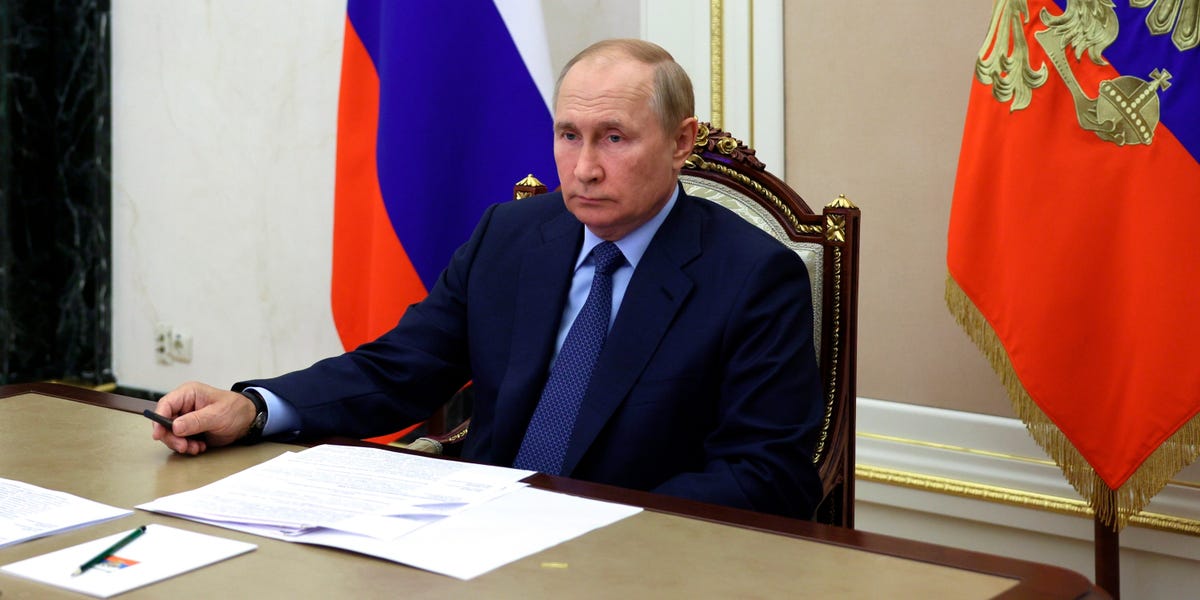 A significant proportion of the elite around Russian President Vladimir Putin is opposed to the war in Ukraine, according to a source who spoke to The Guardian.

The claim was part of a broader feature describing the tense atmosphere in the Kremlin as Russia faced down a series of significant setbacks in its invasion of Ukraine.

It was made by Yevgenia Albats, the editor of the Russian-language News Times magazine, who cited her sources estimating that 70% of Putin’s most senior officials opposed the war.

A second, unnamed source said to work in state TV, told The Guardan that the top echelons of Russian societies were gripped by “desperation” and “intense dread.”

It came after Ukrainian forces retook thousands of square miles of occupied territory, prompting the Kremlin to launch a chaotic mobilization of reservists and civilians.

The Washington Post also reported serious qualms among Putin’s aides and advisors. “Since the start of the occupation, we have witnessed growing alarm from a number of Putin’s inner circle,” an unnamed Western intelligence official told the Post.

“Our assessments suggest they are particularly exercised by recent Russian losses, misguided direction, and extensive military shortcomings,” the official said in the report, published Friday.

Putin and top officials during a meeting with former members of the Cabinet at the Kremlin on January 29, 2020, in Moscow. Mikhail Svetlov/Getty Images

Putin’s elite inner circle mainly comprises former security and intelligence officials, many of whom he knows from his days in St. Petersburg and at the KGB, the Soviet precursor to today’s security agencies, Insider’s Tom Porter recently reported for Insider.

Even in this environment of loyalists, The Guardian reported, factions and infighting were increasing. For instance, as The Guardian noted, hostility had been building towards Putin’s defense minister Sergei Shoigu, including from Yevgeny Prigozhin of the Wagner Group, a private military fighting in Ukraine, as well as from the bombastic Chechen leader Ramzan Kadyrov.

“He will play the different factions off each other and see what the best outcome will be,” the official predicted. “Putin just wants to see what is best for him and the war in Ukraine.”

Editor’s note: This story was updated to clarify the source of the claim that senior Russian officials oppose the invasion of Ukraine.