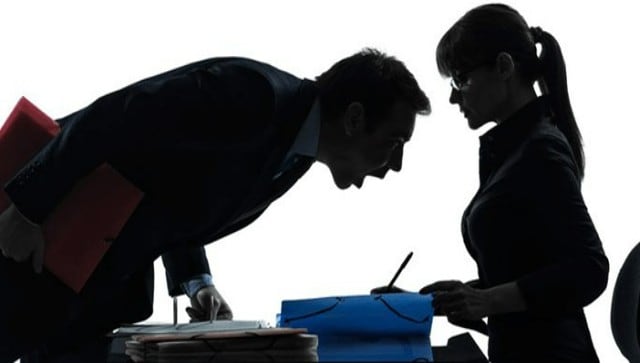 On Friday, the Delhi Police arrested a driver working with the Ministry of External Affairs in connection with an alleged espionage case. The driver reportedly was ‘honey trapped’ and is said to have passed on confidential information to the other accused involved in the matter.

The arrest comes after security agencies alerted the police that the driver was passing information to someone in Pakistan. The driver is currently being interrogated and further investigation is on.

The use of a romantic relationship or sex for espionage is one of the oldest tactics used to elicit sensitive information. The information can be used to achieve political aims or monetary advancement and sometimes to blackmail the person or extortion.

Most alluring honey traps in the world

Honey trapping in espionage dates back to the days of the femme fatales such as the famous Dutch exotic dancer Mata Hari or Margaretha Geertruida MacLeod. Based on intercepted telegrams that revealed she was getting money from a German attaché in Spain, she was found guilty of being a German spy. In 1917, she was eventually put to death in France by a firing squad.

Her biographer Professor Pat Shipman argued in Femme Fatale: Love, Lies and the Unknown Life of Mata Hari that she was innocent and that the French Army’s need for a scapegoat led to her conviction. The French men had admitted that they lacked solid proof to accuse her.

Amy Elizabeth Thorpe, popularly known by her married name Betty Pack, used seduction to win the World War II for the Allies. A Minnesota-raised American-born beauty married a British diplomat that led to an introduction to M16’s top brass.

In Warsaw, she learned that Polish was already cracking the Enigma codes and she passed the information on how the machine was used. She reportedly also stole the Vichy code books out of the Vichy embassy.

Not all honey trapping cases are heterosexual. A famous example of a homosexual honey trap case is that of the British journalist Jeremy Wolfenden, who was a correspondent for the Daily Telegraph in Moscow in the 1960s. He was targeted by the KGB and was allegedly seduced by the Ministry of Foreign Trade’s barber.

The security agency had put a man with a camera in his closet to take compromising photos. The spies blackmailed Wolfenden, however, he reported it all to the British embassy on his next visit to London. He was turned into a double agent. With the stress debilitating, Wolfenden became an alcoholic and bled to death at the age of 31 after falling in his bathroom in 1965.

Markus Wolf, an East German spymaster, created one of the broadest honey trap in intelligence history. In the 1950s, he realised that the West German women needed company with millions of eligible men killed in the World War II and the women, including German government diplomats were the perfect target for a honey trap.

Wolf created a Stasi intelligence department with many handsome spies and their task was to seduce West German women for secrets. They were remarkably successful initially, however, the Stasi officers’ distint look with short back and sides haircut was at the odds with the trends of West German style at the time. This led to many spies being arrested by counterintelligence officers.

Vanunu was a whistleblower as he claimed that Israel developed atomic bombs, leaking his story to the British media. After being bored of laying low, he took to trip to Rome with a woman he met in London. She turned out to be a married Mossad officer with a codename ‘Cindy’.

After landing in Italy, Vanunu was seized by Mossad. He was drugged and smuggled out of the country to Israel where he was tried for treason. He served 18 years in prison.