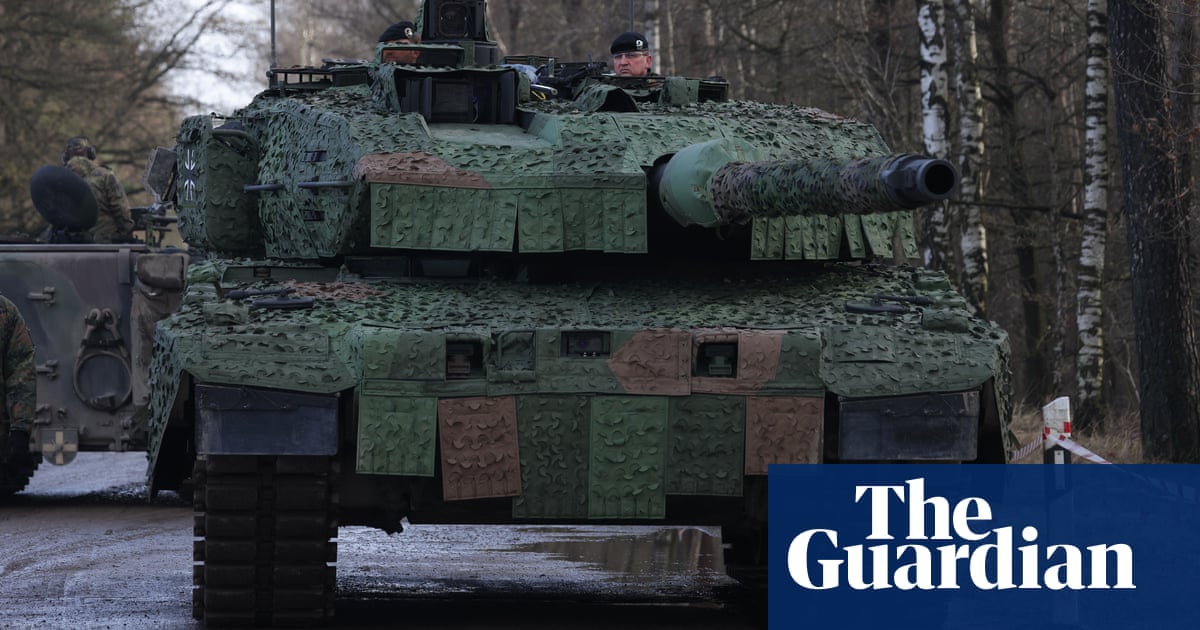 Ministers and officials from Berlin indicated that a decision to supply Marder infantry fighting vehicles or Leopard 2 tanks for the first time could be taken at the next meeting of the “Ramstein” Ukraine Defence Contact Group – a series of regular talks between Ukraine and its allies – in mid-January.

The German position on delivering heavy weapons to Ukraine had never been “static”, said Robert Habeck, the economy minister and deputy to the chancellor, Olaf Scholz, on a visit to the Norwegian capital Oslo.

“The allies have expanded their position at two points, namely France and the US being prepared to deliver lighter tanks,” Habeck said. “And that will certainly also influence the German position.”

A few hours later, Joe Biden, the US president, said American-made Bradley fighting vehicles could also be sent to Ukraine. Administration officials told Reuters on Thursday that a US security package to be unveiled on Friday would include about 50 of the vehicles for Ukraine.

The German foreign minister, Annalena Baerbock, also signalled that her country’s approach was evolving. “I have pointed out time and time again we work with our partners to see what kind of military support is required by Ukraine,” she said following a meeting with her British counterpart, James Cleverly. Cleverly himself said tanks “might well be” part of the next phase of weapons transfers.

Ukraine has repeatedly said it needs about 300 tanks and 600 to 700 infantry fighting vehicles from the west in order to give its military a chance of breaking through the increasingly fortified Russian positions along the frontline.

However, the US and Germany have been wary of supplying Ukraine with Nato-standard tanks, because they feared it would be interpreted by Russia as escalatory. But as the fighting has gone on, the west has gradually given Kyiv more effective western weapons to try to help it win the war.

On Wednesday night, Ukraine’s president, Volodymyr Zelenskiy, said Paris’s decision “sends a clear signal to all our other partners: there is no rational reason why Ukraine has not yet been supplied with western-type tanks”. 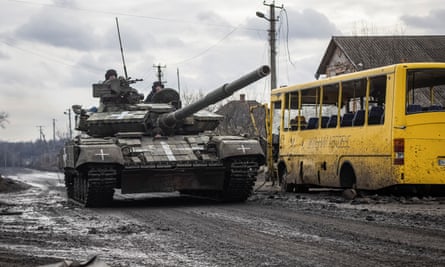 Ukrainian servicemen ride a tank in Donetsk region. Ukraine has long had its eye on western tanks to complement its reduced fleet of Soviet-designed T-64 and T-72s. Photograph: Reuters

Zelenskiy also highlighted the forthcoming defence ministers’ meeting, and said “before the new ‘Ramstein’ such signal is extremely relevant”. Chaired by the US, the international meeting is where western defence ministers discuss and coordinate future packages of military aid for Ukraine.

Ukraine has long had its eye on western tanks and armour to complement its reduced fleet of Soviet-designed T-64 and T-72 tanks and BMP infantry vehicles, after more than 10 months of fighting. Kyiv has received about 200 post-Soviet tanks from eastern European countries since the start of the war, but the available supply in Europe is now limited.

To replenish its stocks and build up a fresh attacking force, Ukraine has sought to obtain US-made M1A1 Abrams tanks and most persistently, German-made Leopard 2 tanks, of which there are about 2,000 in service in 13 European countries, and Marder infantry fighting vehicles.

Regardless of which country owns the Leopards or Marders, approval from Berlin is required to re-export them to Ukraine.

“Tanks are potentially decisive because there is no substitute if you want to attack enemy formations in defensive positions,” said Ben Barry, a former British army tank commander and land warfare analyst at the International Institute for Strategic Studies thinktank.

Russia has largely sought to dig in since abandoning its exposed position in Kherson on the west side of the Dnipro River in November, as it tries to consolidate its occupation of a swathe of territory roughly the size of Portugal in the east and south of Ukraine.

A breakthrough, if it comes at all, is likely to require the combined use of tanks, heavy armour and infantry, replicating a standard offensive tactic that dates back to the second world war. “The effectiveness of infantry is doubled, even with just three or four tanks helping,” Barry added.

France’s six-wheeled AMX-10 RC were first deployed in the 1980s and have been used in multiple operations from Afghanistan to Mali. They are in the process of being phased out by Paris however, making them an ideal gift for Ukraine.

An aide to France’s president, Emmanuel Macron, said it was “the first time that western-designed tanks are supplied to the Ukrainian armed forces” but experts said the AMX-10 RC is too lightly armoured to be considered a proper tank. Such rhetoric, however, may be useful cover if Germany shifts its position.